KUALA LUMPUR: Police have identified the type of chemical used in the murder of Kim Jong-nam as the highly toxic VX-nerve agent. 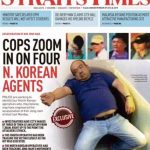 ried out preliminary tests to identify the type of chemical used in the murder.

“The chemical substance on the exhibits has been identified as VX-Nerve-Agent,” Khalid said in a statement on Friday.