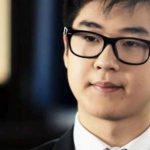 THESTRAITSTIMES    KUALA LUMPUR – Malaysia police officials have flown to Macau where they are expected to obtain within days an DNA sample from Mr Kim Jong Nam’s son, Malaysia media reported, but the claim was on Thursday (Feb 23) dismissed by the police chief.

Citing sources, the Chinese-language China Press and Sin Chew dailies reported on Wednesday (Feb 22) that Mr Kim Han Sol, 21, had agreed to provide a DNA sample to Malaysia police investigating the sensational assassination of Kim Jong Nam, in an arrangement facilitated by Interpol.

Sin Chew said three of Malaysia’s Interpol officers flew to Macau on Wednesday with Mr Kim Jong Nam’s DNA sample, which would be analysed together with the sample provided by his son – who is afraid to fly to Malaysia for fear of his safety – at a local hospital.READ MORE: http://www.straitstimes.com/asia/se-asia/malaysia-police-to-fly-to-macau-to-obtain-dna-sample-from-kim-jong-nams-son-kim-han-sol