Helping Hands Korea is profiled extensively in Melanie Kirkpatrick’s much heralded account of the network of volunteers, many of them Christian activists, that has  sought to fill the vacuum created by governments and well-funded international agencies that have chosen to ignore the plight of North Korean refugees in China.                                                     Ms. Kirkpatrick, a veteran journalist and deputy editor for the Wall Street Journal, has painstakingly etched a comprehensive picture of the modern equivalent of the US Civil War’s abolitionists’ volunteer network, the Underground Railroad, to guide slaves in the South to safe havens in the Northern states. 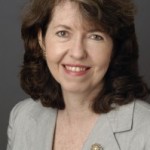