All Party ParliamentaryGroup on North Korea 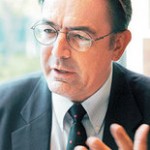 To attend please RSVP to: jake.calvert@henryjacksonsociety.org

China has a policy of forcibly repatriating North Korean refugees, in total disregard of the international principle of non-refoulement and in violation of international law. Thousands of North Koreans have escaped from the world’s most closed and brutal totalitarian regime, fleeing famine, oppression and persecution. Many live a precarious existence in China, as stateless refugees in hiding, as orphaned or abandoned children, or as trafficked women. If sent back to North Korea, refugees face detention, torture and even execution as illegal border-crossers upon their return to North Korea, where the regime takes a dim view of defectors.  In 2010, North Korea made the crime of defection a “crime of treachery against the nation”.
Under Kim Jong Un, the penalties have become harsher. Border guards have been ordered to shoot anyone escaping across the frontier to China. In January he announced that the penalty for defecting during the official period of mourning for his father, Kim Jong-il, is the execution of the defector’s entire family.
International law prohibits the forcible repatriation, either directly or indirectly, of any individuals to a country where they are at risk of facing persecution, torture or death. In 1988 China ratified the Convention against Torture and Other Cruel, Inhuman or Degrading Treatment or Punishment, which prohibits the forcible return of people to states where they face a substantial risk of being tortured. China is also a state party to the UN Refugee Convention.
China claims these people are economic migrants, not refugees, but due to the consequences they face upon return to North Korea, all these people – whether they fled for economic or political or religious reasons – count as ‘refugees sur place’ under the UN’s definition.
Despite its obligations under these conventions, China has prevented the UN refugee agency (UNHCR) from access to North Koreans in China and considers all undocumented North Koreans as economic migrants, rather than as asylum-seekers. Many North Koreans in China do not seek to settle in China, but desire safe passage to a third country, particularly South Korea.
By kind invitation of Lord Alton of Liverpool, The All-Party Parliamentary Group on North Korea is pleased to invite you to a discussion with Tim Peters, Founder of Helping Hands Korea. He will discuss China’s continuing breaches of international law with regard to North Korean refugees, its restrictive relationship with the UNHCR, and the repercussions of these actions in the future.
TIME: 5 – 6pm
DATE: Monday 18th June 2012
VENUE: Room U, Portcullis House, London SW1A 2LW
To attend please RSVP to: jake.calvert@henryjacksonsociety.org
Biography
Tim Peters has been working with North Korean people in crisis since he founded Helping Hands Korea in 1996. In response to news of famine in North Korea, Helping Hands Korea launched a small program to provide food aid to the most vulnerable sectors of North Korean society. Through these efforts, unorthodox avenues of aid delivery were developed that maximized transparency in monitoring, a chronic challenge to humanitarian groups in North Korea. From 1998, Helping Hands Korea undertook the additional task of assisting North Koreans in China who had fled famine and oppression in their own country only to find their lives also at risk in China. Aid to North Korean refugees in China includes secret shelters, food, clothing, emergency medical treatment, as well as spiritual guidance and comfort. In cases where refugees face particular danger, logistical support is given to refugees for escape to third countries, the so-called ‘underground railroad.’ Since 2005, aid to displaced children of forcibly repatriated North Korean refugee women has grown in importance.
Mr. Peters’ humanitarian activism has been profiled in a cover story of TIME magazine, as well as in Newsweek (Asia), The Sunday Times, New York Times, International Herald Tribune, Washington Times, BBC, NPR, ABC’s Nightline, Korea Herald, Korea Times, Christianity Today and the award-winning documentary production by Incite Productions, Seoul Train. The Wall Street Journalrecommended Mr. Peters be considered for the 2007 Nobel Peace Prize. He was awarded the 2008 Stephen’s Prize for activism in Oslo, by Norway’s former Prime Minister Kjell Bondevik on behalf of the Stephanus Alliance.
Mr. Peters and his wife are currently based in Seoul, South Korea where he has lived and worked on three occasions for a total of nearly 22 years since 1975. In addition to his humanitarian work, within the past eight years he has worked as an editor and speechwriter for the Korean National Commission for UNESCO, the Korean National Red Cross and the Federation of Korean Industries (FKI) in Seoul. In early 2004, he was approached by the World Economic Forum to prepare a paper that would outline the current predicament of North Korean refugees in China, to project worst-case and best-case scenarios of this crisis as well as to recommend practical measures to help the 300,000 North Korean refugees in China. Mr Peters has testified before the U.S. Congress on three occasions between 2002 and 2005. His written submission for the April 28, 2004 hearing of the International Relations Committee, Subcommittee of Asia and the Pacific, entitled “Korean Pathetique: A Symphony of Refugee Tears Unheeded” contains the essence of his analysis and policy recommendations as submitted to the World Economic Forum (document available upon request). This analysis of the multi-faceted North Korean refugee problem with proposed solutions has been referenced in the Encyclopedia of Human Rights, 2009, (v.3)by Oxford University Press.